Behold your New God ManBearApe! The Vice President Still Doesn't have any Friends. Why SPY Might hit

Behold your New God ManBearApe! The Vice President Still Doesn't have any Friends. Why SPY Might hit

Ok tards, I know you're getting bombarded with rainbow bears coming out of hibernation and telling you the sky is falling, and you don't know who to listen to about what and why this is happening or how bad it's going to get.

Might I suggest you listen to the guy who started banging the drum about this crash last summer and did it so often he even got banned for being too much of a bear at one point? My last attempt to warn you fucking monkeys got nuked by the mods and I ended up having to post it somewhere I can't link to, but if you click my profile you'll see it as a pinned post, and it's titled "We're all fucked". I highly recommend doing the impossible work of clicking three buttons to read it. Then maybe put on some Linkin Park and find a dark corner to cry in, I dunno, you do you homie.

Real quick let's review what I said way back in the before times when SPY was hitting a new ATH every other day because I know only like three of you retards can actually work a mouse to click on the colored letters link above:

2) Housing - mortage rates are starting to creep up, and I'm telling you, 7% official (fake) inflation and 3% 30 year fixed rates DO NOT MATHEMATICALLY WORK. The current bubble is getting ready to pop.

3) The CMBS market - first 10 year notes start going bust in March. Basically its March of 2007/2008 when they start going bad all over again.

4) IPO's - I said all those companies going IPO was bad, and so far nearly 2/3rds of them have lost their investors money. Who here bought Robinhood at $85? C'mon, I know some of you dumbfucks are bagholding that shit.

5) Margin Debt. Here's an image someone else posted about that:

Yup. Notice how the bigger the peak the lower the valley? Big tall peak there isn't it?

6) Historical charts/precedent. Here's another chart for you all:

This is a little old, we've started the next leg down already.

Ok, someone in the comments caught my little joke with the first chart, but tell me its not interesting how closely this years chart echoes the two above.

8) Student Loans - the current can kick ends in May, but it's just going to get kicked again. Eliminating the discretionary spending power of half the population under 40 is a nonstarter. Expect more last minute punts here.

So, now you might be saying, yeah yeah, ok, bear market, correction, all that bullshit, how in the fuck do you get SPY going all the fucking way down under 100?!?!

Well, gather round my little chickadees and let me tell you a story about a guy named Adam Smith, the dreaded "F" word, Fundamentals, and how the USA and China combined to generate a giant pile of fucking nothing underneath a debt bubble larger than anything in the history of the world.

Ok, theoretically, the stock market isn't for degenerates to gamble on FDs, it's purpose is to allocate capital to the most productive uses and allow price discovery of corporations, plus provide a way for non-wealthy people to make investments. Now obviously that's a load of crap, but that's the theory behind it all. Really it's a whole heaping pile of derivatives and bets on those derivatives ad infinitum. And underpinning all those valuations and derivatives and whatnot is the idea that someone, somewhere is actually making money for everyone else to gamble on.

Now, how does that first person make money? By adding value. Got a piece of land with a bunch of oil underneath it? Extract the oil, you've added value, because now that oil is up top where people can use it. Refine that oil by boiling away impurities so it's gasoline and you've added value because now someone can do something like drive their car with it.

Essentially, all wealth is created based on one of two options:

These can collectively be summed up as "value add". Wonder why you don't get paid much at your job? It's either because you don't have any negotiating power to get a fair share of the true value of your labor (examples include the Chinese kids making LeBron's sneakers and Google programmers*), or, more likely, you don't add much fucking value because you're a goddamn retard that licks windows and dry humps the faucet.

Now here's a map showing largest employers in the US by state. 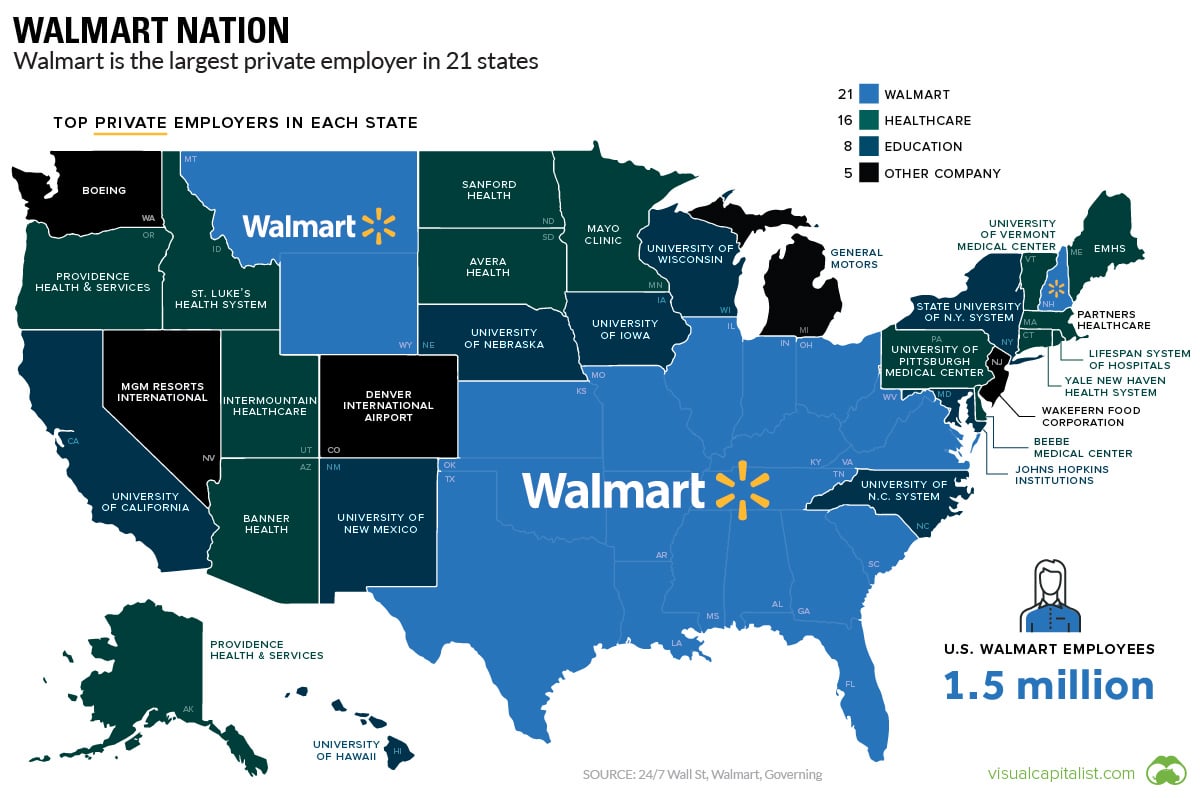 You know how many states have their biggest employer involved in actual value add? TWO. Washington with Boeing and Michigan with GM. Those are the only two states where the biggest employer is actually doing something that generates more wealth. Everybody else is just skimming a little off the top. You ever been in a Wal-Mart? Spoiler, the employees aren't adding shit to the value of anything, which is why you don't get paid much for working there. Well, that and what you've been doing in the back with that cardboard box and the shrink-wrap machine you disgusting, sad, lonely monster.

So the USA, for all out bullshit and bluster has turned into a nation of skimmers and sad sacks who make barely enough to subsist on the scraps left by the few real wealth generators left here. (and by wealth generators I don't mean goddamn rich people, I mean mines and factories and farms)

Now lets turn our attention to the worlds other big power that's super fucked, China. I know, I know, China makes everything, so how are they fucked on value add? Shouldn't they be fucking winning? Well, they were, and they still would be, except for two little things, one, the CCP is so fucking corrupt it makes the US Senate look clean, and all they're fucking stupid greedy.

Now, the CCP started out this play smart, they preyed upon that fact that US CEOs are stupid, greedy, and shortsighted enough to give away all their IP and manufacturing in exchange for a couple quarters of higher profit margins from Chinese slave labor (the CCP is still in the whole "don't pay the people who generate the value add" phase). Unfortunately, instead of being smart with the wealth all this free value add generated for them, they spent it on shit like this:

It's called Tofu-Dreg construction. It's everywhere and its worthless.

And, ever since the 2008 global financial crisis, China has been spending money on High Speed Rail to keep people employed. Unfortunately they built shitty tracks that are unprofitable and the government is losing so much money subsidizing the routes that they've had to shut many of them down.

Now, I'm sure you've heard the stories about Chinese construction companies failing to make bond payments and going default like 10 times each but then nothing seems to happen so you probably assume that it doesn't matter or it's being handled, right? Wrong. Nothing is happening precisely because it IS such a big fucking deal.

Basically, China's entire economy turned into a big fucking ponzi scheme based on ever-rising prices of real estate, and it's just been spiraling for the last two decades. Here's how it works and how its going:

So basically, China, western banks, (especially Canadian ones, go read the "we're all f*****" pinned post on my profile already) and the US in general have racked up an unbelievable amount of debt and have absolutely nothing of value to show for it. The ratings agencies are refusing to call bullshit on obvious garbage. Remind anyone of anything? 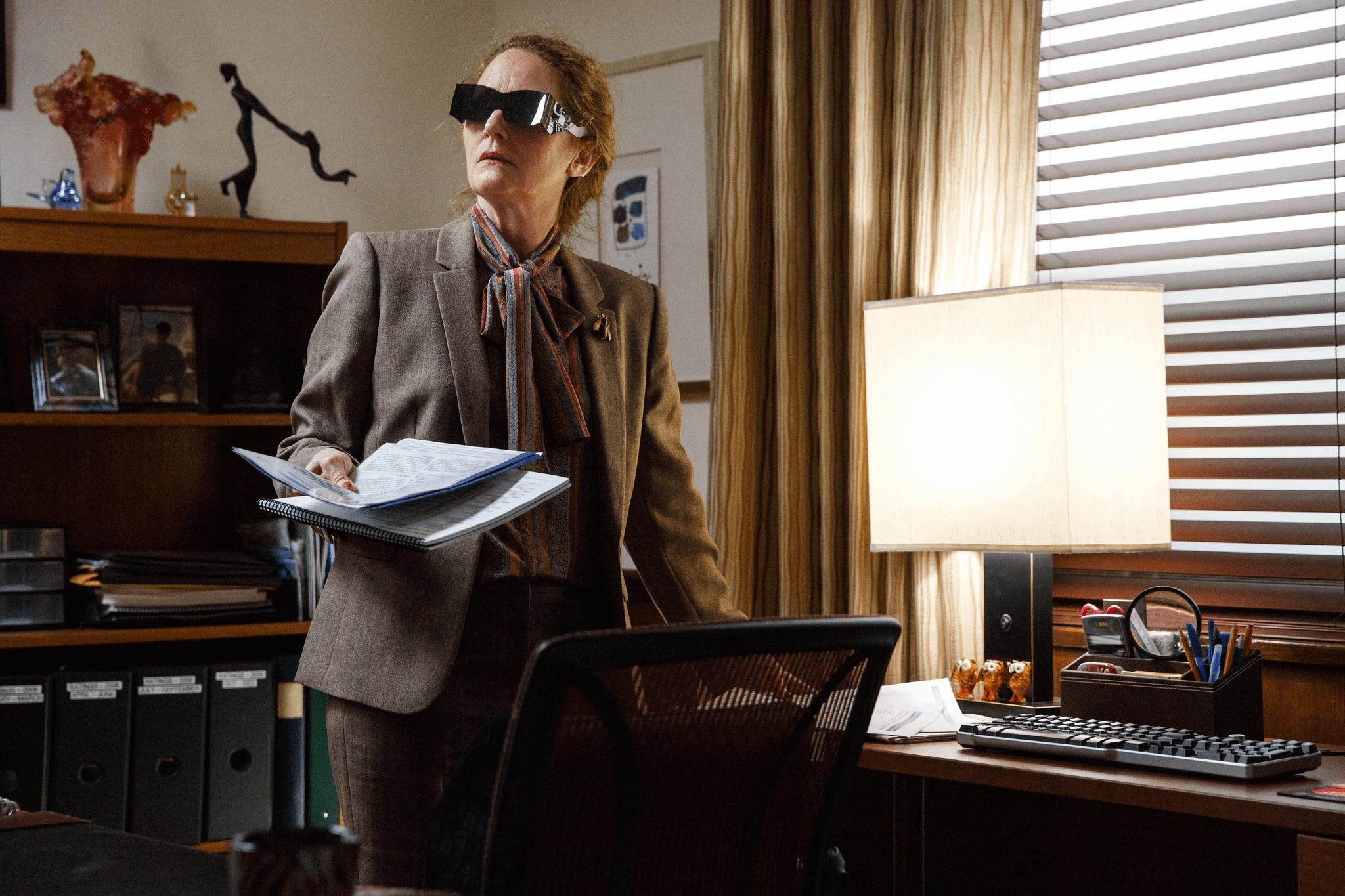 There's no clothes man, the US and China have moved the majority of their economies into areas that don't actually create wealth, and all the growth we've been experiencing is a giant debt bubble illusion.

The taper starts in February, and rate hikes start in March. The last time the Fed tried to taper in 2018, SPY dropped from 290 to 250. And that didn't include a rate hike. We'll be well under 400 in April. Hooray for anyone who's been waiting on that gap to close!

After that, JPow has to make a decision. Does he keep raising rates to reign in inflation***, thus completely popping the debt bubble and crashing the economy into the ground, or does he double down on the printer and cause hyperinflation? 'Cause no matter what he does, one of those two is happening, and we lucky bastards either get to live through 1929, or even worse 1933 on the depression side and SPY drops to 2 digits, OR, we get to experience 1923 Weimar Republic style hyperinflation, and SPY goes north of 1000 as the US dollar loses all value.

Oh, and while the government says inflation is at 7%, it's actually at 15.2%, they're just fucking with the numbers. Check a website called shadowstats that shows what the numbers would be if they weren't juicing them with "new more accurate formulas to reflect the new paradigm of a dynamically changing environment".

Also, we went into recession in September according an NBER peer reviewed paper. Who's the NBER you ask? They're the ones who officially call when we go into and come out of recessions. Remember, the 2008 crash was part of a recession that actually started in 2007.

Will probably buy some SPY 600c for the same date after the rate hikes crash the market in case JPow is even stupider than I think he is.

I'm DCAing into these, right now they're up 30% from when I first bought. If you remember from my first post on the market crashing I was buying and rolling short term positions that were super cheap because I wasn't sure yet when shit was going to blow up. Notice I'm going long now.

*Google generated $1.9million per employee, which includes shit like lunch ladies and janitors and the dumb chick from marketing with the huge tits - almost all of the value add was done by programmers, think the ones making $500k/year are really getting their true value?

***The last fed president with the balls to do this was Paul Volcker who told congress to their faces the only way to make him stop the recession he was causing was impeachment.