$CLOV $DKNG $RIDE - I researched the research of Hindenburg Research

$CLOV $DKNG $RIDE - I researched the research of Hindenburg Research

As the title suggests, I'm going to do due diligence on Hindenburg Research; you know those asswipe shortsellers. For those of you who don't know them, Hindenburg Research is an investment research firm that generates public reports via its website that allege fraud and malfeasance. Companies that have been the subjects of their reports include Nikola, WSB darling Clover Health, Kandi, and Lordstown Motors. These reports also feature defenses of the practice of short-selling and how they "play a critical role in exposing fraud and protecting investors". They can also be considered as dirty assassination tactics. The company name is also grim: 1937 Hindenburg disaster was an airship accident where it caught fire and was destroyed causing 36 fatalities. We all hate them b/c they just want the world to burn, right? But are they really the bad guys though? And rather can we use them as a trading strategy? 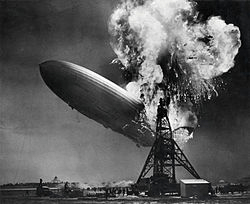 To answer these, let's look at their shorting performance year to date. They published 7 reports this year, and it starts with CLOV.

Below is the CLOV performance after the report dated February 4th:

Below is the ORA performance after the report dated March 1st:

Below is the RIDE performance after the report dated March 12th:

The stock price went down 13% in a day and more than 30% after 1 month. We all know, RIDE is in trouble. Lots will go bad for this stock. Below are the price performance at 1 day, 1 week, 1 month and 3 months.

Below is the EBON performance after the report dated April 6th:

Below is the PCT performance after the report dated May 6th:

The stock price went down a ridiculous 42% in a day and more than 58% after 1 week. However, PCT recovered quite nicely the next month, and went back down 40% again. Rollercoaster! Below are the price performance at 1 day, 1 week, 1 month and 3 months.

This is where Hindenburg flopped big time. The price action wasn't clearly affected by the report. In fact, the price increased 50 percent in a week. Maybe this was priced in? There is a big drop even before the report. I suspect there were already big short positions in this stock.

DraftKings: A $21 Billion SPAC Betting It Can Hide Its Black Market Operations https://hindenburgresearch.com/draftkings/

Another clear flop by Hindenburg. Although this report came out recently, there's a potential for this to affect the stock in the next couple weeks. I'd imagine with the NFL starting soon, DKNG is not going to be a good short position.

TL;DR: Hindenburg is doing really well if you want to short a stock. Their reports are definitely character assassinations, but also very thorough and factual. Overall, their first 6 reports this year resulted in average 24% price drop in the next month.