Context: ULCC and SAVE are merging, with Frontier offering $2.13 per share in cash & 1.9126 shares in the new company for each share of Spirit held. Merger vote is scheduled for June 10th, with the merger scheduled to close in Q4 2022.

Both carriers operate in the leisure air travel space, and leisure travel is at all-time highs with booking volumes last month up 5% vs 2019. It's clear that recovery hasn't been priced into this name, as despite strong guidance, these stocks are at 52 week lows: 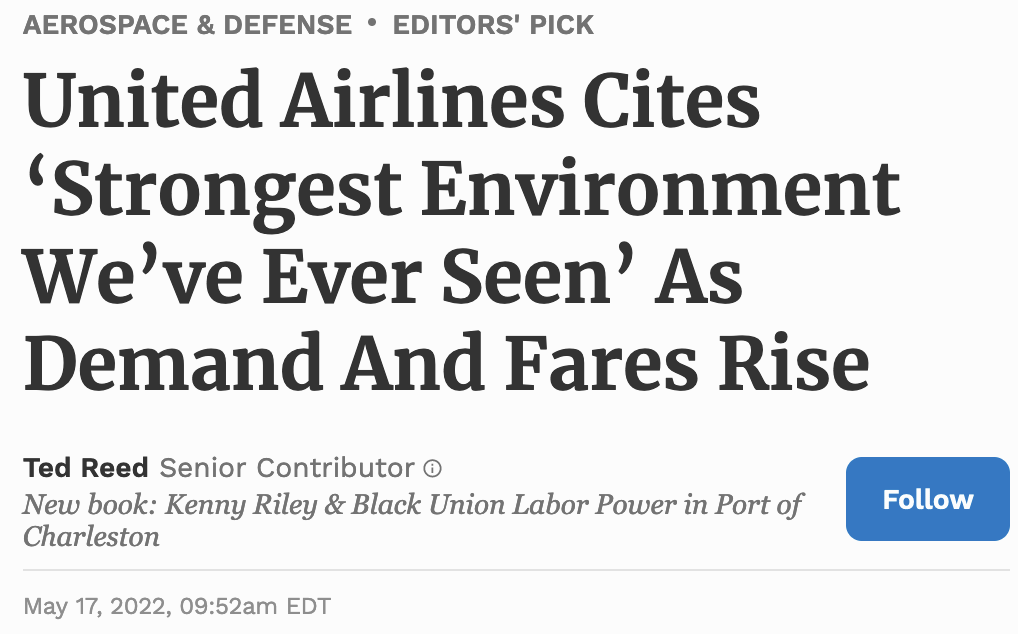 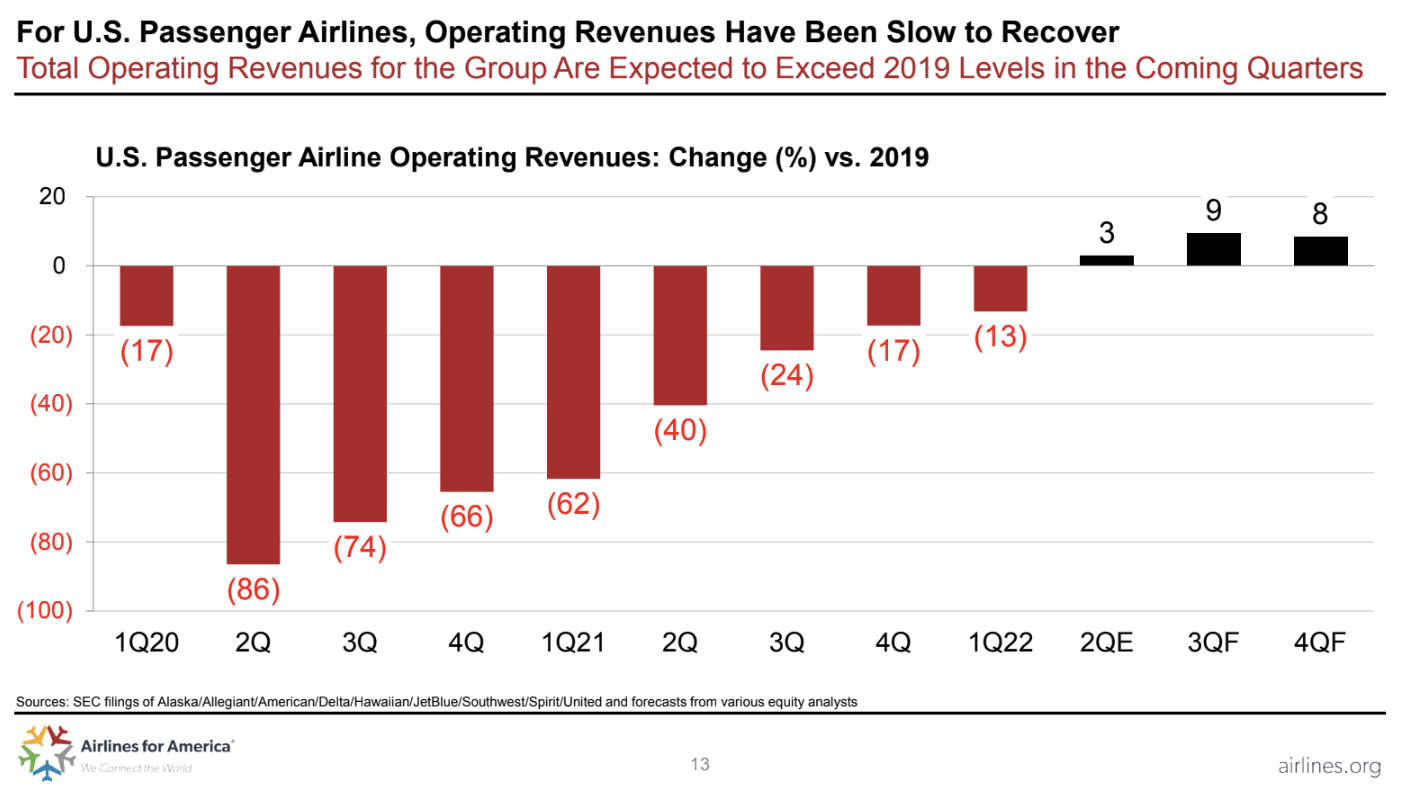 A combined market cap of $3.58B, implies the market is valuing this combined company at only 37.7% higher than the value of its books.

It's pretty hard to justify this valuation while the combined company is estimated to be almost doubling in size in just 5 years, is estimated to (consensus mean) generate $1.3B in net income for 2023 & 2024, and is estimated to generate over double its market cap in revenue this year. 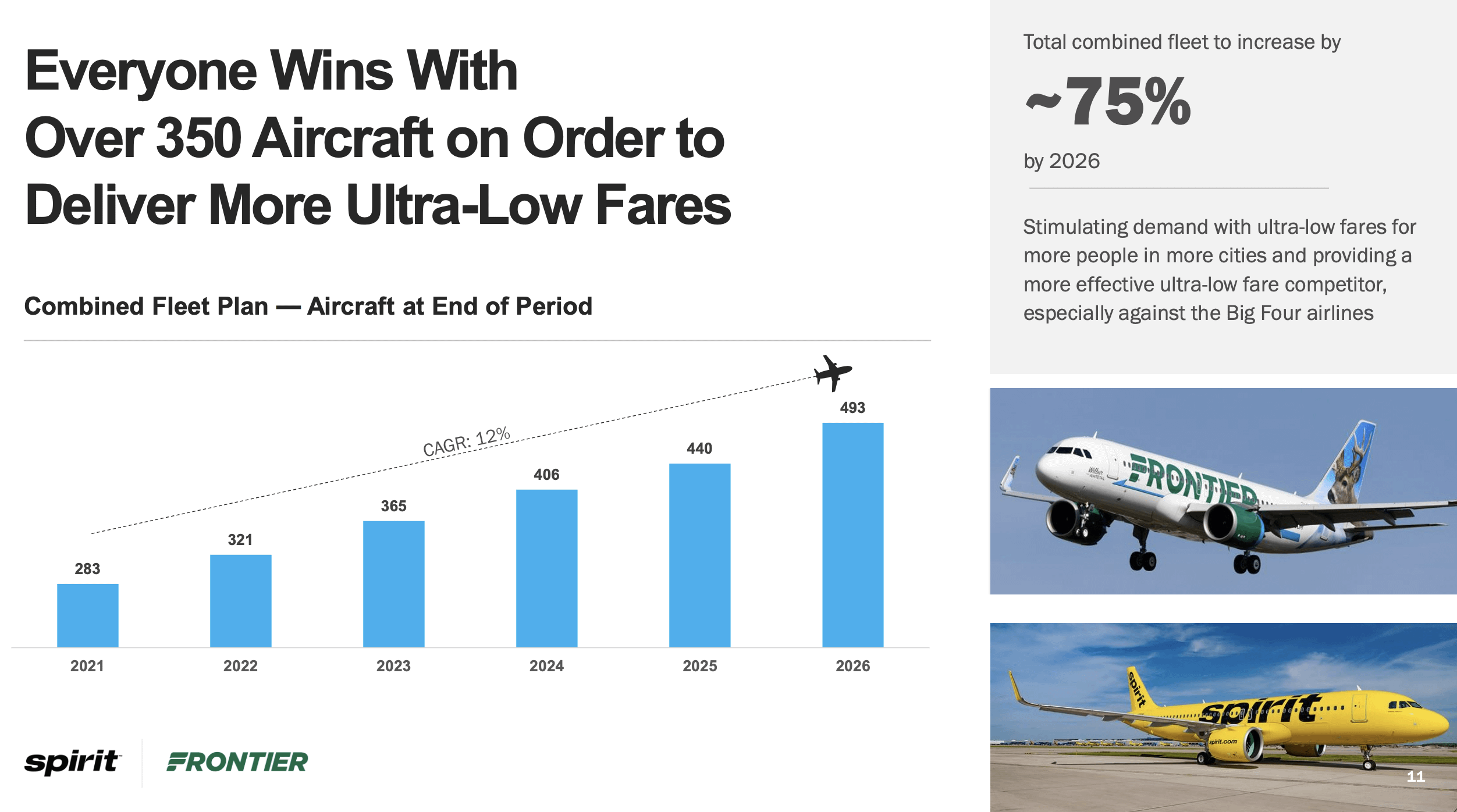 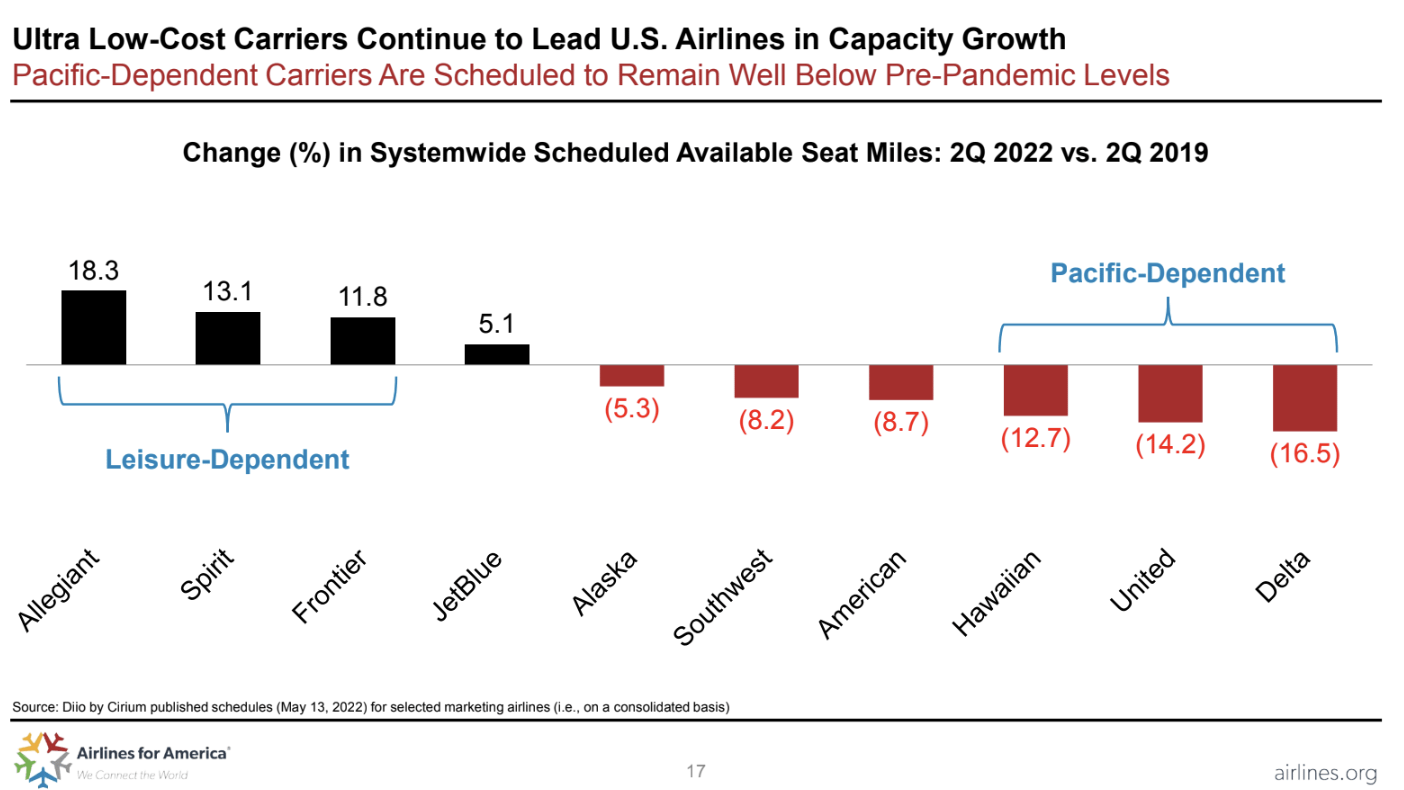 Should merger not go through: Even if the merger is not approved, out of the major US airlines, Frontier is one of the only airlines with little to no debt. They also ended the quarter with $727M in cash and cash equivalents. Should a recession occur, and travel slumps, Frontier is better positioned than its counterparts (AAL) who may face default risk given how levered they already are. ULCC has the lowest debt/capital ratio of any US airline, with the next lowest being LUV much father behind. 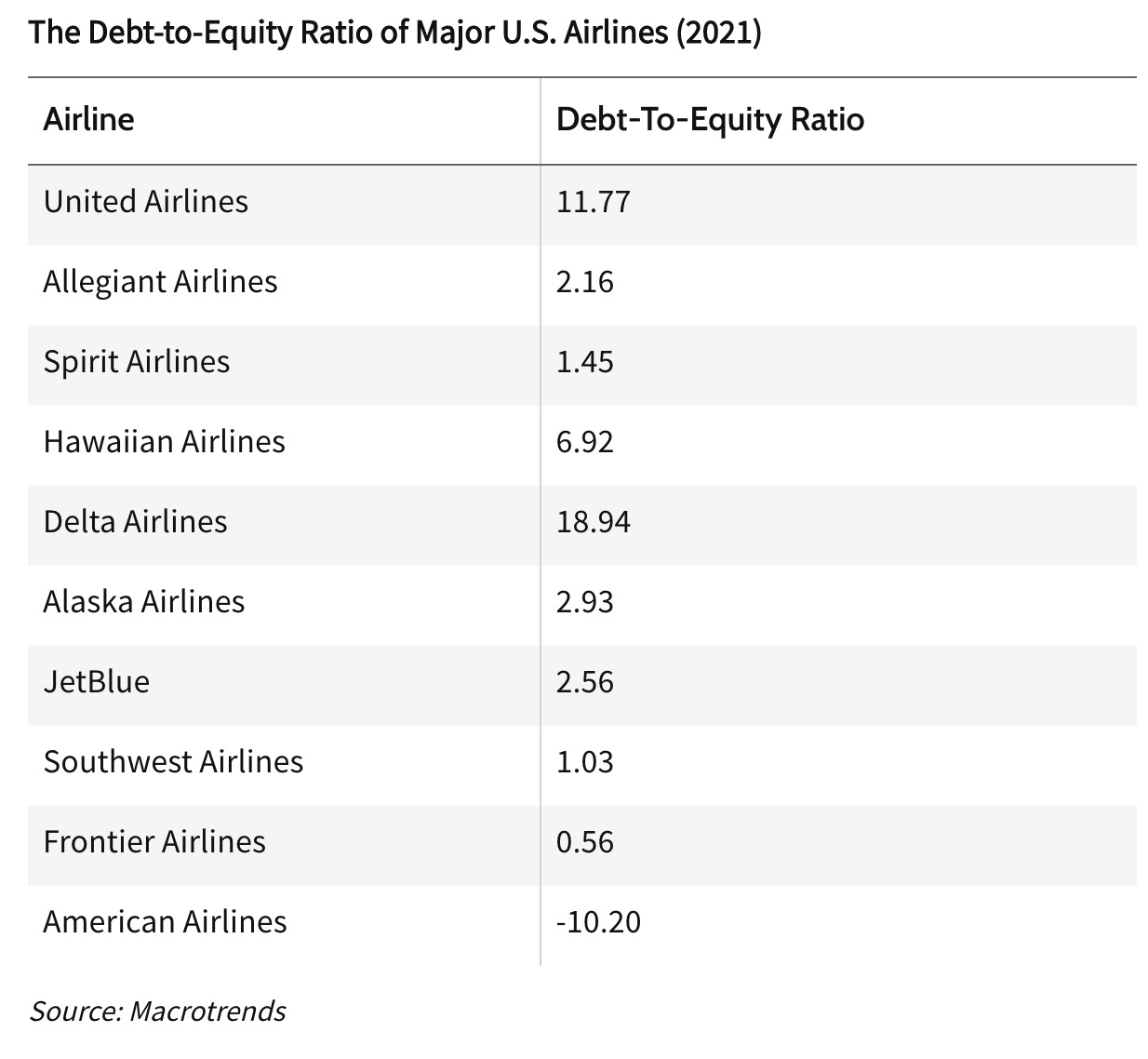 Float: Frontier Airlines is majority owned by one firm (Indigo Partners) who own 82.3% of the shares outstanding. Meaning the free float is only 35.9M shares, of which 27% are sold short (As of last short report), potentially providing fuel to any rally in the stock price.

Price Target: October $14 PT, that values Frontier at its FY22 estimated revenue, and is just under the lowest consensus PT from the street. $14 also represents a strong resistance level for the stock:

Headwinds: Jet Fuel, while fuel is certainly a headwind to earnings for airlines, airlines have been able to offset this increase in fuel by raising fares. With Adobe Analytics reporting airfares were up 27% vs. April 2019. Ex: Despite the increase in jet fuel, ULCC is guiding a 1-5% margin for Q2 2022.

Economic slow down, in any economic slow down low-cost airlines perform better than their peers, as consumers draw back their spending on high-cost items and move towards lower priced alternatives. While economic slowdown would certainly not help ULCC, if you are worried about the risk of recession ULCC is the safer choice of the airlines especially given its debt levels.