Germany's going "green" - why I am bullish on $TLRY

Germany's going "green" - why I am bullish on $TLRY

Tilray, Inc. is a leading global cannabis-lifestyle and consumer packaged goods company with operations in Canada, the United States, Europe, Australia, and Latin America that is changing people's lives for the better - one person at a time - by inspiring and empowering the worldwide community to live their very best life by providing them with products that meet the needs of their mind, body, and soul and invoke a sense of wellbeing. Tilray's mission is to be the trusted partner for its patients and consumers by providing them with a cultivated experience and health and wellbeing through high-quality, differentiated brands and innovative products. A pioneer in cannabis research, cultivation, and distribution, Tilray's unprecedented production platform supports over 20 brands in over 20 countries, including comprehensive cannabis offerings, hemp-based foods, and alcoholic beverages.

With 2100 employees lead by HAIN founder Erwin Simon, the following results for the first fiscal quarter were obtained:

International market leader and #1 in Germany with medical cannabis extracts.

Net loss of $34.6 million during the first quarter compared to net loss of $21.7 million in the prior year quarter.

Adjusted EBITDA of $12.7 million in the first quarter 2022, 58% growth compared to the prior year quarter, and the tenth consecutive quarter of positive Adjusted EBITDA. If Adjusted EBITDA were normalized for Aphria's production costs, metric would have been closer to $17 million.

Considering their main income comes from cannabis retail stores in Canada which were closed until June, this is remarkably impressive.

Let's have a closer look at one specific market regarding the catalyst: The European Union, especially Germany:

Tilray's cultivation space spans over 250000sqm in Canada, but also in Portugal.

While Tilray's products in the US and Canada are of recreational and medical character, their EU presence focuses on medical cannabis, research and strong cooperation with doctors and research institutes across the EU. This focus on evidence-based medical cannabis production makes sense not only because no single EU country legalized cannabis yet, but also because the EU medical regulations call for evidence-based medicine.

Tilray's making progress in the EU:

..but also in Germany:

On July 7, 2021, Tilray announced the completion and shipment of the first successful EU GMP-certified medical cannabis harvest grown in Germany for German distribution.

Tilray is recognizing the strong opportunity which poses itself in the EU, see:

The European Union, which has nearly twice the population of the U.S. and where Tilray already has a very meaningful presence, represents a powerful growth market, and could potentially be a $1 billion business for the Company.

If you made it this far, you can see the focus shift onto the EU of this bullish thesis very clearly. Here's why:

The amount of countries legalizing cannabis is growing strongly. As of today, 181.5 million citizens of this planet have legal access to recreational cannabis.

While medical use of cannabis is widespread, legal recreational use concentrates mainly on north america and south africa.

This graph from June 2021 goes to show that the global legal cannabis market is set for growth and this is not considering new countries legalizing recreational cannabis use. Well guess what, these numbers are about to skyrocket:

Germany's likely next ruling coalition is closing in on a deal to legalize cannabis for recreational use, the strongest signal yet that long-awaited growth of Europe's marijuana market is gaining traction.

Negotiators for the Social Democrats, Greens and pro-business Free Democrats are hammering out the details, including conditions under which the sale and use of recreational cannabis would be allowed and regulated, according to people familiar with the talks, who asked not to be identified because the discussions are private.

Jep, right. EU's largest country by citizens will be legalizing cannabis in the next year. The new coalition, especially the Greens pushed for it during the last election and it will be reality soon. What that means is that the legalized world population will rise by 80 million, around 40%!

This week's Reuters survey stated that the cannabis legalization in Germany opens a market of $5.34 billion per year and creates 27,000 new jobs.

Looks like the cirumstances are set for cannabis companies, but why do I choose Tilray?

Do you guys remember this dude?

Right, that is former german foreign minister and vice-chancellor Joschka Fischer. Left-wing militant in his youth, later on the leading figure for the German Greens. Fischer told media already in the 90's that he consumed cannabis with a positive outcome ( :D ). And it is this ex-politician who began advising large companies in 2008. Fischer was famously involved in the nabucco pipeline project and is known to have his late life financed by those big companies he advises.

Well, guess who is one of ten members of Tilray's 2018 foundes international advisory board? 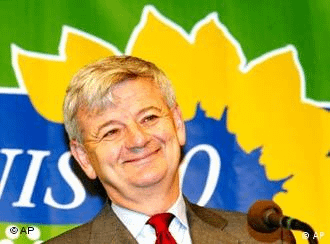 It's Joshi's party that will be back in the government after 2005 that is the legal factor in legalizing recreational cannabis. It might be possible that the federal department controlling the cannabis legalization process might go to the Greens. Favoritism is not seldomly heard of in Germany's politics. That's why I am really bullish on Tilray.