Edit: The title has Netflix twice as opposed to AT&T which I meant to include.

Not a financial advisor

JakeAlphaInvestingCorp.
-Blessed be my followers

Previous posts by the author about streaming:
(Check my profile)

Having Box Office hits has been one of the major drivers of subscriptions to a streamers platform in the past year. Many of these hits do well internationally in countries such as China.

- The list below shows the top grossing movies of 2021 domestically. A movie such as Wonder Woman 1984 released in 2020 will be shown on this list as it earned revenue in 2020.

Below I have totaled the revenues from the top 25 Movies from the list above both domestically/internationally by studio. Only those released since 2021, so not including Wonder Woman and some other titles.

For Q4 2020 and Q1 2021 HBO's uptrends along with box office hits did add subscribers. A lot for WW 1984, their biggest addition to date, and some for Batman Snyderverse. The uptrends associated with Netflix and Disney for the holidays did not coincide with a box office hit. As such the uptrends did not add meaningful subscribers for Disney and Netflix.

Semi-Confirmation of data accuracy before AT&T and Disney Earnings:

Netflix will release subscriber data on July 20th prior to AT&T and Disney. It may be a good idea to compare the the results to google trends to see if downtrending or uptrending does indeed help estimate subscriber prior to investing in AT&T, Disney, Viacom, or Discovery.

The graph below shows the worldwide google trends data in the past 12 months for Disney and HBO.

The upticks that were seen on the United States graph are present but less prominent. HBO has mainly been available in the United States up until June 29th 2021 when they launched in Latin America (Regional breakdown to follow). As such there was no way for them to compete internationally.

Note:HBO will call there platform different things in different countries. For marketing reasons and due to deals with regional providers. In Canada HBO is called "Crave" and distributed by Bell. It will not show up on the search results. It can also be called HBO Latin America or HBO Asia depending on your region. This last point google may be smart enough to interpret for google trends, I am unsure. Disney is just Disney+.

HBO vs Paramount vs Discovery 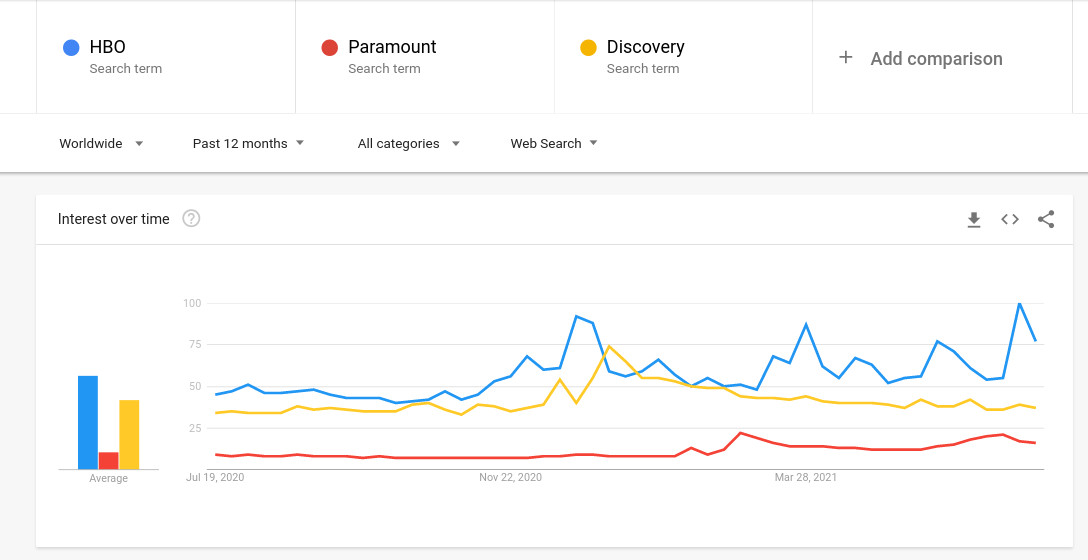 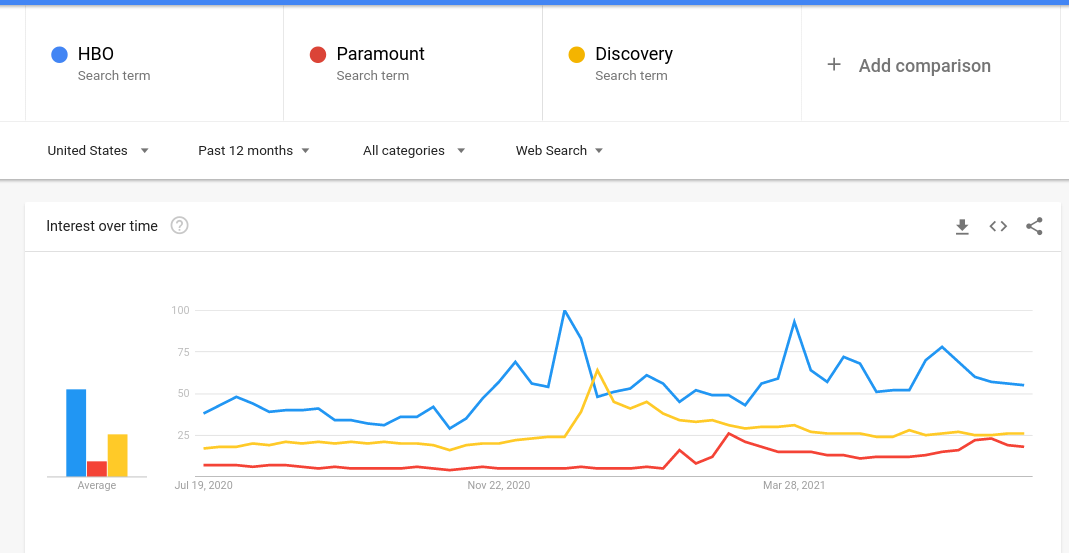 Most populated countries in Latin America, HBO vs Disney 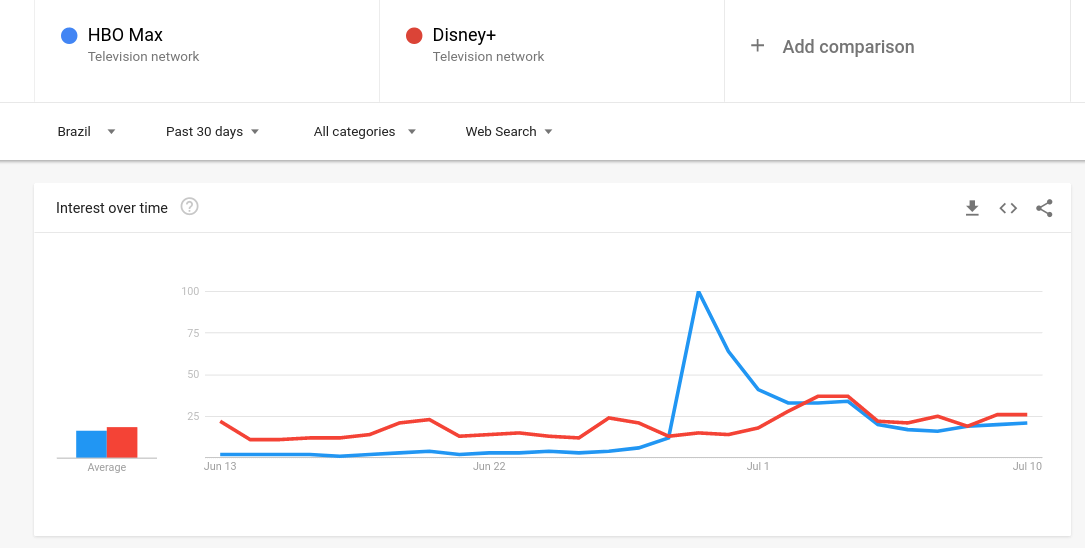 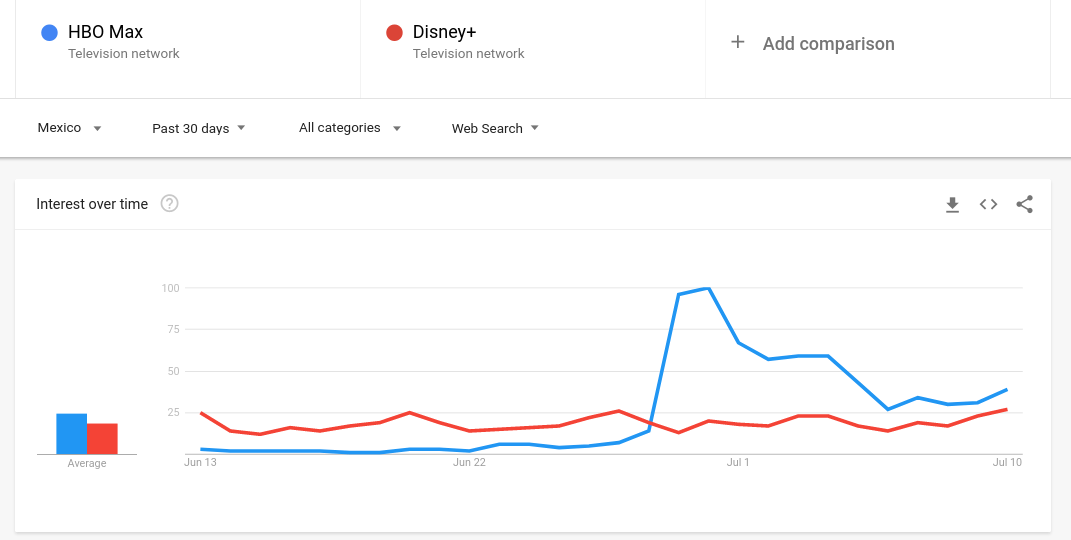 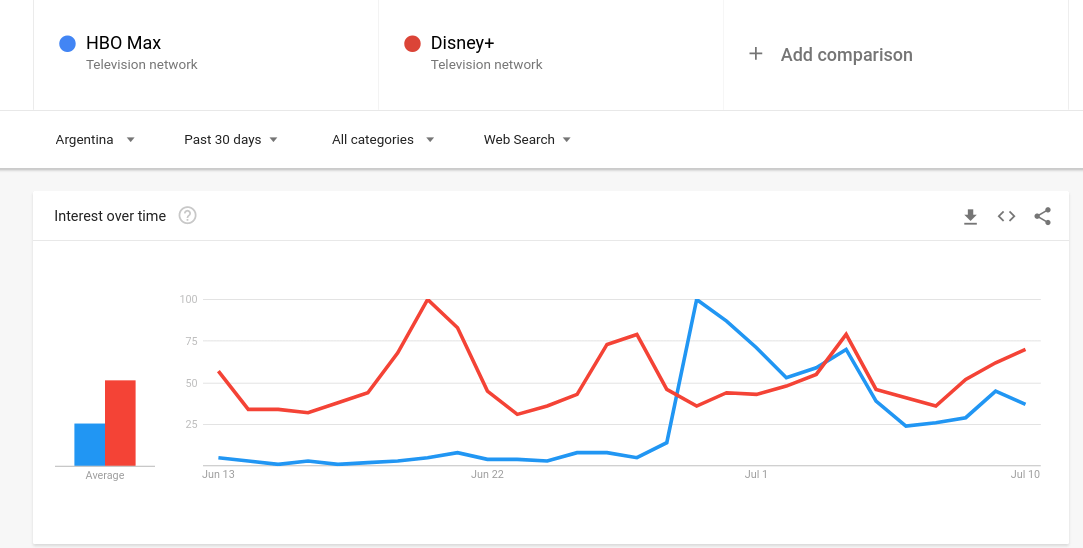 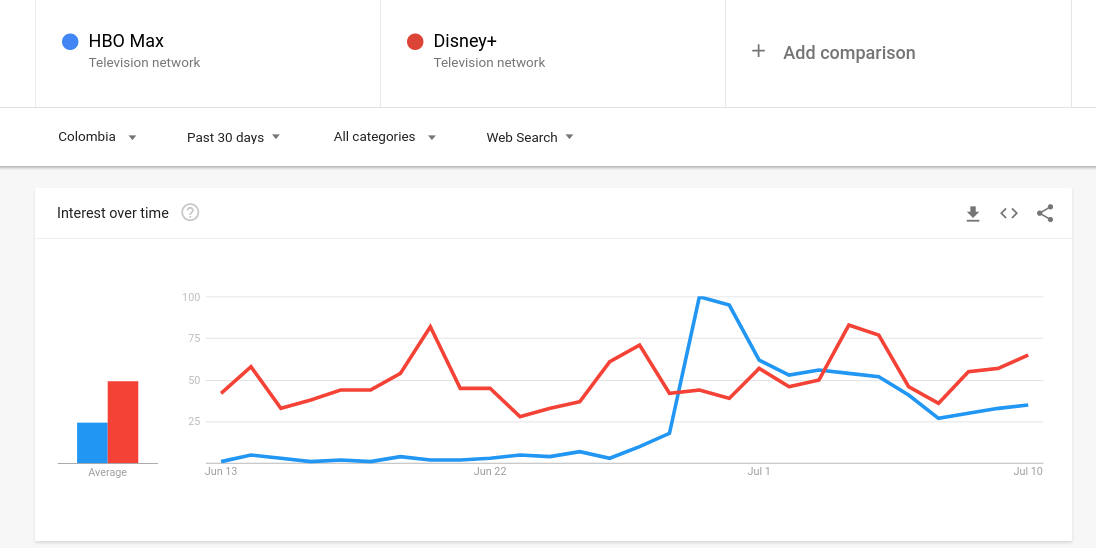 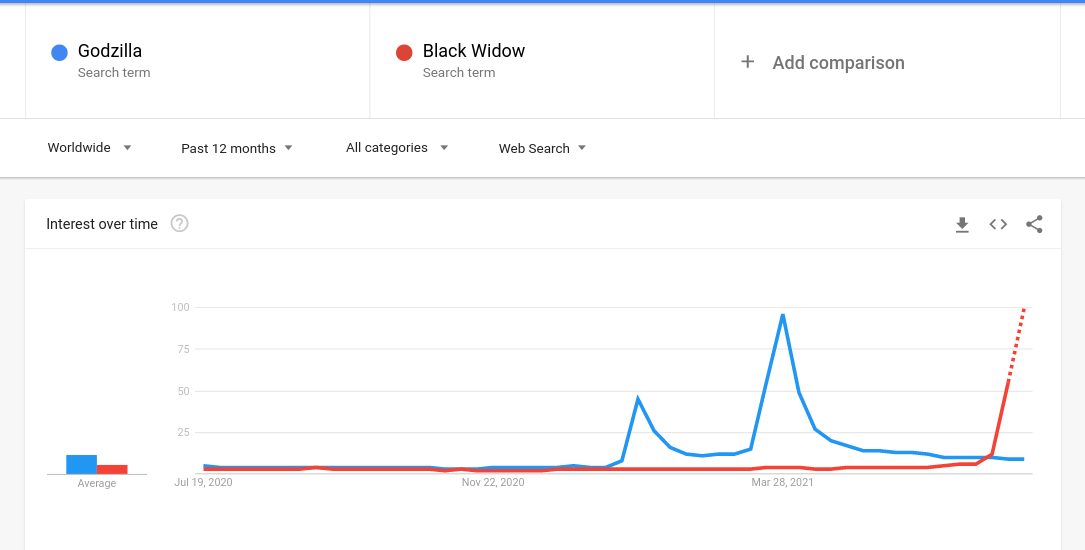 Black Widow made $60 Million on Disney plus, 2 million users rented it for $30.

How much did GvsK make on VOD?